Bob the Builder LTD decide to build a development of flats in middle England. He’s had his eye on a piece of land for a while and he knows he can build 220 shiny new flats there. He finally buys it for £19m and he immediately gets to work building his flats. It costs him £28m to build them but they look great and he is told he could sell them for an average of £250,000 each. As there is a bit of a housing shortage in middle England the flats sell quickly and Bob nets himself a handsome £8m profit.

Bob knows that leasehold has become a bit of a hot topic and he doesn’t want to make the terms so bad people won’t buy his flats but at the same time there is no way he’s building them as commonhold and here’s why. He’s decided that the ground rent should be £150 per flat rising with the Retail Price Index every 10 years. He has ensured that the lease states all service charges, building insurances and fees for licences and permissions should only be reasonably charged. He then contacts a freeholder he knows and asks if they want to buy the freehold of the building and how much will they give him for it? The ecstatic freeholder does a quick calculation in the back of his Bentley and offers Bob an average of £4,490 per flat. Bob shakes hands on the deal and nets himself another £1m profit from his development. Selling the flats as leasehold and not the more honourable commonhold has netted Bob a cool million pounds extra and off he trots to buy himself a nice retirement villa in Florida.

The leaseholders have collectively paid £55m to own the flats in the development. The freeholder, though, has paid just shy of £1m for the freehold. This means they now own all the flats, the actual fabric of the building, the land the buildings sit on, the air rights above the building and the ground rents below. The leaseholders do not own the properties they bought and are now just long-term renters.

How much will the freeholder make?

In the next ten years ground rent will increase by RPI (let’s assume it’s 3% pa) and all other fees will also increase by the same figure. In that decade the freeholder will earn £972,000.

Every decade will see these costs rise again by the same figure.

Now, though, the roof and some of the fabric of the building needs attention so there is a major works bill in there too. Also, by now the lease of the flats have fallen to 95 years and some leaseholders pay for a lease extension. The current ideology of leasehold law recognises freeholders as the absolute perpetual owners of the flats. If a leaseholder wants to extend their lease, they are legally obliged to pay the legal and valuation fees of the freeholder as a lease extension is considered a form of compulsory purchase! I haven’t included any legal fees in my calculations.

In this decade the freeholder earns £1,403,860. In 30 years, the freeholder has made £3.1m back from his investment. It is about to get much more profitable for them from here on in though.

The next decade, 40 years in, the leases have fallen to 85 years remaining and leaseholders know they will have to pay to extend their leases. Thirty of them do. By now the flat values have risen to £1m each. They have been well kept on the outside by the service charges and leaseholders have paid to update their kitchens, bathrooms, décor and internal services of their flat. It’s a nice development.

The freeholder will now want to base the cost of each lease extension on the current value of £1m per flat. Remember, though, they have not paid a single penny of their own money towards the upkeep of those flats, nor any of the internal renovations. Also, it is likely some more major works will have been needed, obviously paid for in full by the leaseholders. In this decade the freeholder makes £1,843,018.

Now 50 years in the leases are at 75 years and the cost of extending leases has risen dramatically. In this decade the freeholder makes £2,655,923. In 50 years, the benign freeholder has netted £7.6m from this one single development, this has cost each leaseholder around £35,500 each.

As the leases fall shorter and the fabric of the building needs more attention these figures rise exponentially each decade.

What has the freeholder provided for their £7.6m profit?

Absolutely nothing. They have appointed a managing agent and pay staff or a third party to collect ground rents and fees for licences and permissions. If the building had been built as commonhold there would be no ground rents due, no fees for licences and permissions, no finders fees for building insurance, no admin fees to pay and no fees for lease extensions. How much would leaseholders have saved? £7.6m plus legal fees they have had to pay.

My example above is based on a ‘not too evil’ freeholder. These figures would rise an eye watering amount if the freeholder was one of the really bad ones. One who owned the companies that manage the building and major work projects but provided little service for the money. Ones that demanded unreasonable fees for licences and permissions and hoped the leaseholders would not have the stomach to take them to Tribunal. Ones that tried to force informal lease extensions on unsuspecting leaseholders making the ground rents onerous as well as getting a big fat lump sum. Ones that would constantly look for contraventions of the terms of the lease so they could go for forfeiture and gain a free flat. Ones that charge 70% finders fees for building and terrorist insurances.

In fact, the leasehold system encourages freeholders to offer poor service, they can make an absolute fortune!

What makes all of this so vile is that the whole system is needless. Freeholders are a parasitical asset class and nothing more. They serve no purpose whatsoever, other than to make themselves rich at the expense of the leaseholders. This is all backed up by a legal system which favours them at every turn.

Of course, in our example it is a single development of 220 flats but there are 6 million leasehold properties in this country. Nationwide you can see just how much money freeholders make every year. You can understand why they and their legal and valuation representatives are so desperate to keep this feudal system firmly in place. They make a fortune from it. You understand why they lie and call themselves ‘custodians of the buildings’ when they are nothing but blood sucking parasites.

What is so wrong? 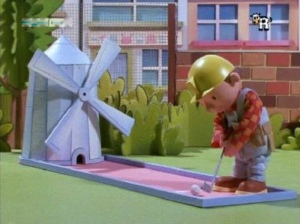 Let’s go back to Bob the builder who is now whiling away his days, avoiding the crocodiles, while he plays golf at the back of his villa in Florida. When Bob set the terms of the lease and ground rents it was his decision. There is no regulation in place which limits the levels these could be set at. In fact, if Bob made the ground rents £300 pa or £450 instead of £150, he would have been given way more than £1m for the freehold. Same would be true if the ground rent doubled every 10 years instead of being linked to RPI or if he included lots of fee earning clauses in the lease.

The higher the ground rents, the more vicious the GR accelerators, the more onerous the clauses of the lease, the more money Bob makes from the sale of the freehold. Should this be up to Bob to decide all these terms with no regulation in place? In our example above, Bob sold his clients into millions of pounds worth of debt so he could buy a villa in Florida. It could have been much worse. Many of you know this to be true because you live in developments with dreadful lease terms which blight your lives.

Bob will never choose to build his flats commonhold as he would lose £1m profit if he did. This means unless commonhold is made compulsory and Bob is given some tax break for building the flats as such, no development will ever be commonhold.

Should the developers, who used this freedom of choice to create onerous leases for the sole purpose of their personal profit, get out of this scandal Scott free?

Should freeholders, who pay maybe 2% of the development value, be then recognized in law as the outright and perpetual owners of the buildings? Should their ‘human rights’ of ownership be treated with such fear and deference when they are nothing but a voracious asset class who serve no purpose?

Shouldn’t the human rights of the leaseholders, who actually paid for the building, be given priority now in the 21st century?

Shouldn’t this whole iniquitous feudal system of leasehold, be consigned to the history books once and for all?

My answer is yes, it bloody well should be!