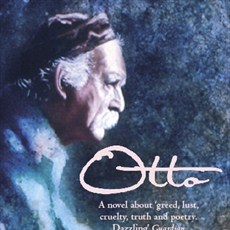 When I was 17 I read Lisa St Aubin de Terán’s superb novel ‘Slow Train to Milan’ for the first time. It was based on her experience marrying her new, more than slightly, eccentric husband Cesar. She travelled with his two equally eccentric friends Elias (a very serious man) and Otto, who was always my favourite character of the three. They were infamous South American revolutionists and bank robbers. After buying it, I read it three times back to back and I have read it scores of times since. In fact I generally take it with me when I travel as security blanket.

It turned out to be a life-altering book for me. I grew up in a grey and damp suburb of Manchester situated in the bottom of a valley. This tended to give the people who lived there (including me) the same myopic world view as man trapped in a well looking up at the sky.

To read about living in Italy and travelling around on the slow train seemed to me the most exciting thing you could ever do with your life. More importantly, I realized for the first time, that another kind of life was possible for me. Surely I could do that? Four years later I did actually move to Italy and I lived there for three years and of course, I only ever travelled by the slow train.

Swallowing Stones is an ‘almost’ true biography of Otto from the novel, who is in fact Oswaldo Antonio Barreto Miliani. It follows him from being a hirsute sickly and timid child growing up in 1930s Venezuela, to him being unintentionally at the epicentre of all the major revolutions around the globe.

Along the way he became a trusted adviser to Fidel Castro, a friend of Che Guevara and tries unsuccessfully to save Salvador Allende from the American backed coup in Chile. (The bastards)

Lisa St Aubin de Terán has remained a life long friend of Otto and she sympathetically tells his story. She chose to write the book in the first person and she manages, surprisingly, to maintain one clear and consistent voice for him throughout.

The book is sublime! I enjoyed every single page of it, although I fear I may have read it too fast, like a greedy kid at a free buffet. Although the story is gripping, she finds time for evocative description and meaningful dialogue which was merely a device to move the story forward.

Above all she allows Otto’s voice time for reflection and rumination on events and observations which are always insightful and blisteringly honest. The whole book is beautifully written and has for me the tone of a Gabriel García Márquez novel.

Otto is now added to my ‘hero list’. Later in his life he denounces violent revolution after seeing the effects it has on the very people he hopes to liberate from crushing neo-liberalism. He lost his faith in communism and to a degree, socialism. He laments that all his endeavors to free the poor may have been in vain. I disagree, I believe him to be a fighter for the only ism worth fighting for, egalitarianism.

I suppose that the one torturous element of the book is, how much of it is true and how much is actually fictionalized? I hope it’s all true.

By the by, I once went to a book signing by Lisa St Aubin de Terán. I took my tattered copy of ‘Slow Train to Milan’ to be signed and I was determined to tell her how much the book meant to me and how it had changed my life.

When my turn came however, my mind went completely blank. I could not think of a single thing to say. She looked at me quizzically for what seemed like an hour. Eventually I managed to mutter ‘you’re my favourite’. She happily signed it for me but sent me on my way with a dismissive ‘what a moron!’ look.

Oh well, you have to be able to laugh at yourself right?